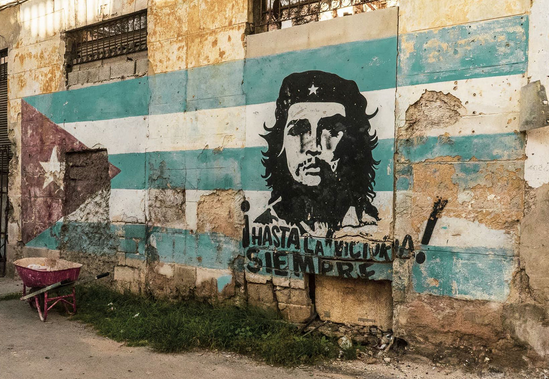 An ‘eye for an eye, tooth for a tooth’ situation?

Perhaps rightly so; if the opponent was truly evil, one had to come up with something substantial.
Let’s put it this way; if someone comes at you with a butcher’s knife, don’t bother with your nail scissors. That’s a losing battle.

“Looking for an accomplice?” uttered Luz with her special touch of disdain that would’ve sent Leon over the edge, if he’d be here.

The voice however, did not deign to reply.

Luz decided to get out of bed to make herself presentable for Alonso. She needed distraction and Alonso’s comforting ballads were just perfect to ease her mind.

Stylish Luz, with her silky hair and silk blouses, had transformed into a scruffy alley cat in merely days. She hadn’t eaten nor bathed properly this past week.

Leon had disappeared, and she had given up on herself.

Greasy strands of hair peeped out of a messy bun and she had been wearing Leon’s tennis shirt day and night.

She wiped her clammy forehead with the back of her hand, combed her hair, braided it and thought it good enough to go downstairs.

She found Alonso slumped on the sofa with his big feet on the delicate glass table, strumming absentmindedly on his guitar.

A plate with a half-eaten sandwich balanced on the armrest and, apparently, he had found the liquor cabinet on the way back from the kitchen; a glass of brandy was on the table, dangerously close to his feet.
He had made himself at home.

Play “Hasta Siempre” for me, Alonso.

Luz sat herself down in the plushy chair opposite the sofa.
She loved that old song; “Hasta Siempre, Comandante”, an ode to Che Guevara.

Alonso frowned. But.. bien, it was a beautiful song and he knew it well. All Cubans, regardless of political affiliation, knew this song by heart.

He started to play.

.. “We will carry on as we followed you then and with Fidel we say to you: “Until forever, Commander!”

Alonso frowned again, when he sang this last line. But he didn’t say anything as he was used to avoid the thorny subject called ‘the revolution’.

“Hasta Siempre” is a 1965 song by Cuban composer Carlos Puebla. The song’s lyrics are a reply to Che Guevara’s Farewell Letter, at the moment he left Cuba.
The lyrics recount key moments of the Cuban Revolution, glorifying Che Guevara and his role in this revolution.The title is a kind of farewell – means “Always faithful” or (directly translated) “Until always”.

They sat quietly for a bit after the last notes had faded. Alonso put his guitar aside, took a sip of his brandy and stood up.

“Where’s the music department?” He scanned the room.

Luz looked at him, puzzled. Music department?
Since the night Leon disappeared, she’d been suffering from brainfog. It took her a minute to figure out what he meant.

“There’s an old-fashioned record player in the cupboard, if that’s what you mean.”

She pointed at the antique mahogany cabinet on the right side of the dining table.

“Our vinyls are still in a moving box in Leon’s study. We never unpacked them. That tells you something about us, doesn’t it.” she said with a hint of bitterness in her voice.

“Do you want me to get them? Are you going to psycho-analyse us based on our music collection?”

Alonso beamed when he carefully pulled the beautiful vintage record player from the cabinet.

“No girl, no es necesario. It’s time to learn to dance, I’ve got Rumba on my mind.”

And this was the first time in weeks that Luz laughed out loud. She laughed so hard that Alonso wondered if his brother, who was at work in their shop on the base floor, could hear it. He’d probably think Luz had lost her mind for good.

No, Alonso shook his head in determination;  if he could get her to dance with him, she would get better. She would be fine. La danza cura; dancing heals. That’s how we fix things here in Havana, he thought confidently.

And while you may have thought this wasn’t going to work, Alonso turned out to be right.

“You are a natural!” he exclaimed while he bowed to thank her for the first dance.
He shook his head with a mixture of surprise and admiration.

The next dance was ever better, Luz was on a roll now.

If Leon could see her wearing his shanty shirt, dancing barefoot – no high heels! – and the childlike-looking braid, wet with sweat.., he’d be shocked.

Luz chuckled at that thought and cunningly made an unexpected move, whereupon her dignified dance partner bumped into the table and tipped the brandy off.

She choked with laughter when Alonso almost slipped on the sticky liquid that now spread across the floor.

On the bench in front of the Vargas brothers’ shop, sat Alejandro, smoking a cigar while scratching his head over Luz’ high pitched giggles and the loud music that floated through the top apartment’s open balcony doors.

Mi hermano, what is going on?

Shoppers passing by looked up in amusement: Party, ey?

Alejandro shrugged and smiled in return.

Dinner at Diaz’ (and a bombshell)