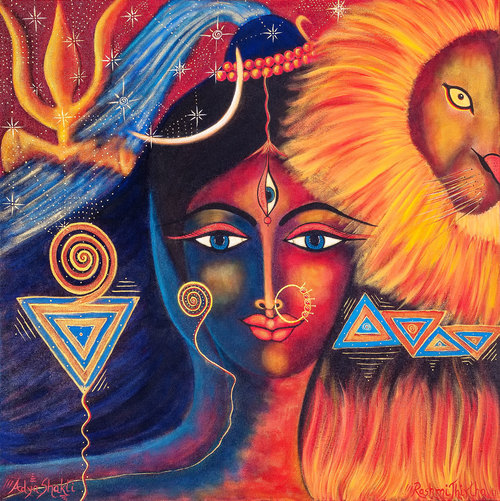 Come to Havana honey. Come to me, it is your destiny.

“How do I phrase this correctly, but I am sure you know what I mean. Let’s say I heard the call and I answered.  From that moment on spirit worked through me and I meticulously planned the future. I hád to come to you, it just had to happen. Yes, it would take me years and years, but I had the tools and a map. I knew I would succeed eventually.”
[Luz, from a letter to Diaz]

Electromagnetic currents swirl around her spine, working their way up from lower back to head to be released through the eyes, destination very well known: target close-by, seated right in front of her and staring right back with cold gray eyes – one darker than the other – signaling contemptuous arrogance.
Between them the glass table, nothing on it but an ashtray filled to the rim with cigarette butts with burgundy lipstick smears.
A chessboard would have made perfect sense, but there is none. They are playing a different game.

The people in the street know. The people in their musty houses, apartments, can feel the static electricity swell. The shop owners, men with cigars sitting on benches in front of their cafes, bars, jewelry and clothing stores, barbershops and butcheries, and the boys with guitars – singing Cuban Bachata –  know.

Havana people are familiar with these things.

The shop of Alejandro and Alonso is located on the base floor of the building where the war is taking place. The Vargas brothers closed their shop an hour ago and sit together in front of the large window on a weathered wooden bench.

They can’t go home just yet. Alejandro had said he saw it coming.
“The poor white guy thinks he can win this.” shaking his head in disbelief.  “Thinks he is invincible because he’s a big guy.” (The poor white guy is a London diplomat.). “But his money and his friends in high places don’t mean a thing.”

“She’s a fireblood, he will die tonight for sure.” says Alonso while stroking his thick black hair with anxious gestures.
“Ayay, querido Dios, these white guys ain’t got no clue, this will not end well.

Yes, today they will stick around a little longer. They will try to calm down the fiery energy.

Alonso takes his guitar and plays softly but with intense focus, eyes closed. He is famous for his lamenting tones. Alejandro hums timid and sad, complementing his brother’s husky voice.

“At first, Leon was a strategic move. He was my gateway abroad. No guarantee about the when and where but I trusted the higher powers. How calculatingly I reeled him in! But after a while I grew fond of him, I warmed up to his ways and started to like him.

Over the years these delicate feelings evolved into a passion. I loved him deeply by now, missing him badly when he was away (he wás away quite often).
There it should have settled, but like a downward stream heading towards a waterfall; I spiralled out of control. I ended up mad and obsessed.”
[Luz, from a letter to Diaz]

If we were talking any other couple’s deteriorating love affair, things would have played out as expected: fussy quarrels growing into heated conversations and silent treatments, short-lived reconciliations concealing betrayal and deceit, and perhaps some counseling before the final act: splitting up and moving out.

As the air still vibrates after a hurricane, some leftover stuff might come up – presumably of legal and/or material nature; ‘what is yours and what is mine’ – still needing sorting out.
But then the dust would settle and the morning sun would take charge, time to meet new loves and repeat the cycle. Rinse and repeat.

But here we are dealing with Luz and Leon, their break-up being of cosmic proportions.

Diaz was there and witnessed Armageddon.

Next part (fragment): Leon, where are you?
Read more: Eye for an eye – Havana Vieja / book fragments

– A bone of the human body, thought to be the coccyx, and believed in certain religions to be indestructible and therefore the bone that will be used by God to rebuild individuals at the time of the Resurrection. [English, noun]

– Light. The given name is shortened from Nuestra Señora de la Luz, a Roman Catholic epithet of the Virgin Mary as “Our Lady of Light”. [Spanish/Portuguese, name]

Calle Obispo:
It is the longest Street in Havana. This important street goes back to 1519, only four years after the founding of Havana. It was conceived as a narrow thoroughfare to protect the people from the sun.