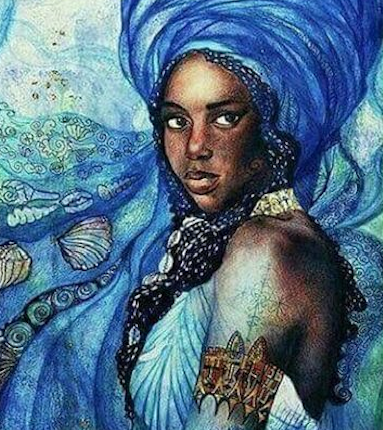 Using public transport, especially during rush hour, requires mental preparation and a day of rest afterwards. When she can plan it, she can control it. But not today.

Why now? She sighs. This appointment is too important to re-schedule, she needs to talk to that woman first thing, it can’t wait another day.

After her car had been towed to the garage she hurried to the station. Dang! She is always so careful to avoid situations like these. But sometimes the higher powers decide differently and throw her off her path. Inez wonders what they have in store for her, worth bearing the agony of the commuting working class.

The RapidLine bus is already there and she has to run to catch it.

Oh God, why are you doing this to me on this important day?
He answers dryly: “try a’walk in my shoes, you wouldn’t last a minute.”
Yeah, God doesn’t care for lengthy explanations:

“Just have faith, have I ever let you down?”

Smiles and off he goes.

They are as loud and chaotic as a flock of birds in a cage squealing for freedom. Such are the noises coming from the collective unconscious of humanity. That is to say, the part of humanity traveling with her on the bus today.

They are talking, crying, shouting and buzzing like a hundred radio’s tuned to different frequencies, broadcasting different stations simultaneously. But it doesn’t hurt her ears, it hurts her soul and she has to endure a twenty minute ride.

Inez looks for a seat all the way in the back, but all are taken. She finds a spot to stand near the doors and leans with her back against a support rod. She closes her eyes but it doesn’t help, she can still see and hear.

It is so painful to listen to them, especially thém; already mechanized in their routines maintaining careers and keeping up appearances. Certainly looking all good on the outside: radiating cool, collected self-worth and success, but their souls are screaming in agony. When they sense she is around, they start venting and the volume goes up even more.

They flood her with images of childhood trauma, beating-ups and bullying, unfulfilling relationships and uncensored desires. They send her imprints of suppressed dreams and soul shattering decisions-in-the-making.

But to be fair, they are not all the same. A very few are sensitive enough to listen to the voice inside from time to time. These sensitives are are not the ones screaming for her attention. She can still see what they are showing her and they are suffering all the same, but they feel it.
When the awareness is there and they can feel the feels, it can be fixed.

It is the majority however, that is in great danger. They are dying inside and they don’t know it consciously. These ‘almost-dead’ wail and scream for help and their messages stay with her for days, sometimes weeks. She can’t help those poor souls, she is powerless in that regard.
She often wonders why on earth God has given her this ability if there is nothing she can do anyway.
But no bother asking, Inez knows that by now.

Oh, and then there’s the ones who are already dead. They are much quieter, except for some mental chatter about things-to-do-today – what to wear and what to eat, that kind of stuff.

If that sounds peaceful, do not let them fool you; a body that is left behind by its original soul-essence, functions as a portal for other entities like a rental car has many drivers.
This is a big problem because the dead are growing in number rapidly.

On the subject of these ‘living dead’, a divinity from the higher realms actually took the time to explain and to warn her: the dead are a dangerous bunch and they have an agenda, be vigilant!

She will be a little late, but not too bad. She tries to filter out the noise to concentrate on her meeting with Mrs. Ashborough. So many questions haunt her and she hopes Mrs. Ashborough (you can call me Miranda, dear) has the papers as she promised. If Miranda can confirm her suspicions; her life will change forever.

God had put the old woman on her path, Google helped her with a telephone number. When she first called, it was as if Miranda had already expected her, but how could she have known?
She would ask that later along with another thousand questions.
Would an hour be enough? But surely they would stay in touch, she pondered.

Before Inez steps out of the bus, I believe it is a good thing to tell you more about her. Because from this moment on, things will move too fast for a proper introduction.

While the brakes of the bus are still squeaking, people hastily leave their seats, pushing their way toward the exit doors. Most travelers need a transfer and thus are in a hurry.

Inez finally opens her eyes, determined to make every effort to be on time for her appointment, she’ll run if that’s what it takes.

However, in the following few minutes it will become apparent that divine guidance devised a different plan for her.
In just a moment Inez will have a life altering encounter, alas, not with Mrs. Ashborough.

Inspired by: Fever Ray – Keep the streets empty for me

Yemayá (also spelled Yemoja, Iemoja, or Yemaya) is one of the most powerful orishas in Santeria. She is the mother of all living things, rules over motherhood and owns all the waters of the Earth. She gave birth to the stars, the moon, the sun and most of the orishas.
[source: Santeria Church: Los Angeles – California]