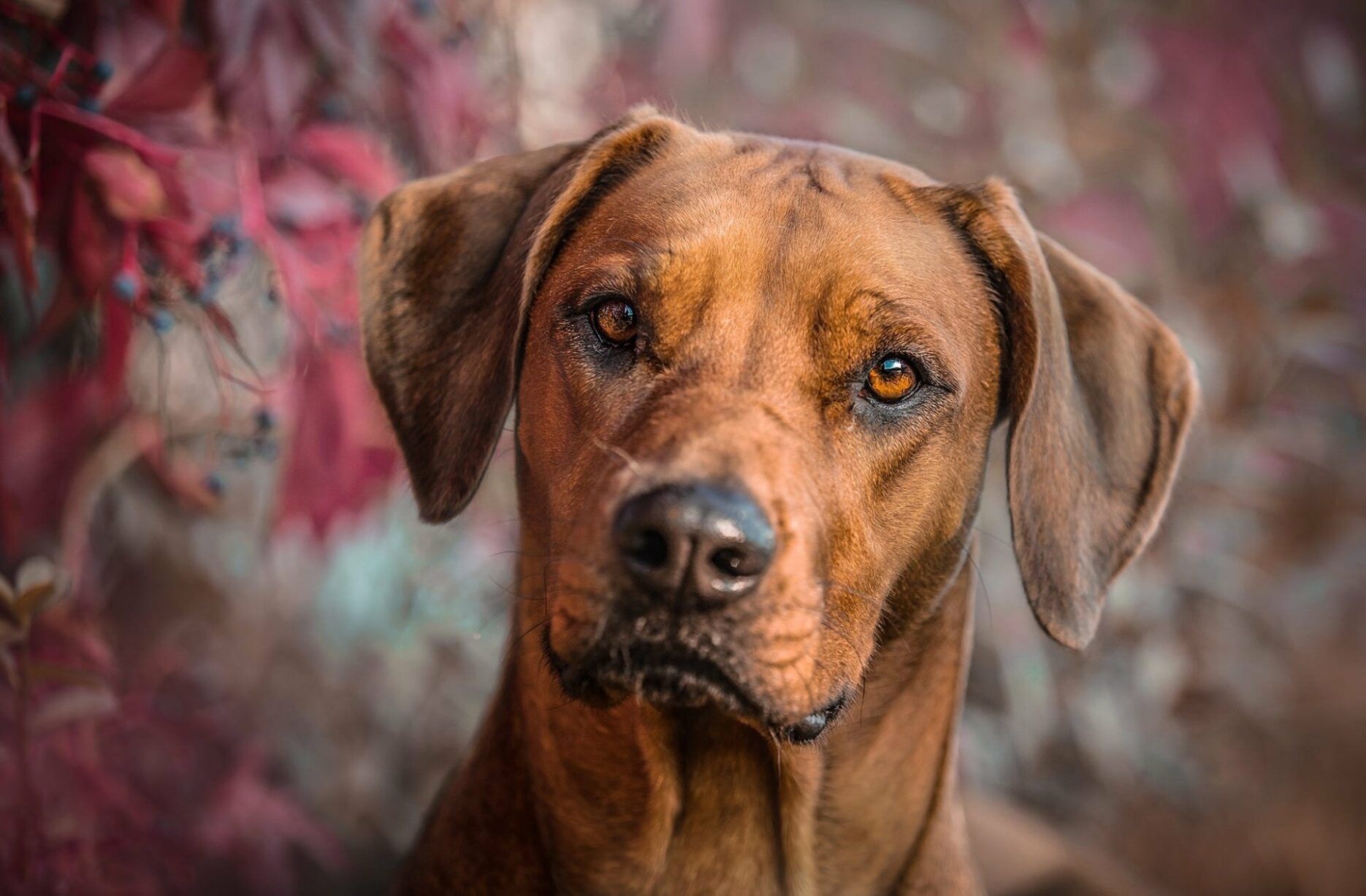 From his dog bed in the corner of the kitchen, Marshmallow intently studied his lady boss’ facial expressions. He was very good at reading her and he knew something was bothering her.
Something pressing must occupy her, obviously, for when she entered the kitchen she forgot to pet him. That was out of the ordinary and therefore Mallow was on guard and looked for hints.

He lifted one ear to hear her mutter to herself while she was chewing on that delicious thing on a stick. No.., definitely, she didn’t sound cheerful at all and that made him anxious; a sad lady boss makes a sad dog.

He frowned, how could he be of assistance? He wanted to help her because he simply idolized her. To him, she was the most beautiful human on earth; she had saved him from the animal shelter after the lonely months he was chained in the yard of his former person.
In that yard he almost starved to death until the animal protection services came to the rescue.

Certainly, he was grateful, but nonetheless, the shelter turned out to be a hostile environment.
Not all the dogs were friendlies, and the alpha of the pack didn’t like him much, which meant he had to fight for his position.

Miranda’s visit to the shelter was a God’s sent miracle and it was love at first site. She chose him, he chose her. From day one he took on mission to protect her and make her happy.

He worried about her health as of late, because as you know; dogs are very aware of human disease and Marshmallow’s sensitive nose had picked up on some health issues.

But that was out of his control, yet, he was very good at lifting her spirits and making her laugh.

“I will call you Marshmallow, because your eyes are just so soft and sweet.” she’d announced after his arrival at Ashborough house, three years ago.
She had bought him all kinds of stuff like delicious food, treats, toys and this luxurious velvety dog bed from where he guarded the house.

His official name was Apollo, born a purebred Rhodesian Ridgeback; a muscular, big dog with sturdy golden fur, and indeed; he had the most intense, intelligent eyes.
He happily accepted his pet name ‘Mallow’, it sounded like sugar to his ears when she said it.

Finally, Miranda stood up to greet him. He stretched, yawned and wagged his tail. That hug was long due! She petted him and gave him a treat.

“Let’s go for a walk Mallow, that will do us good.” She looked for his leather leash and then put on her coat.

Mallow was actually tired, but a walk around the block meant an opportunity to scan the environment.

For Miranda’s health was not his only worry; yesterday, and the day before yesterday, he had felt uneasy during their strolls around the neighborhood. He had sensed something that he could only define as danger.

Not dog danger, but human danger.

Read more: Eye for an eye – Havana Vieja / book fragments
About Miranda: Mrs. Ashborough was there