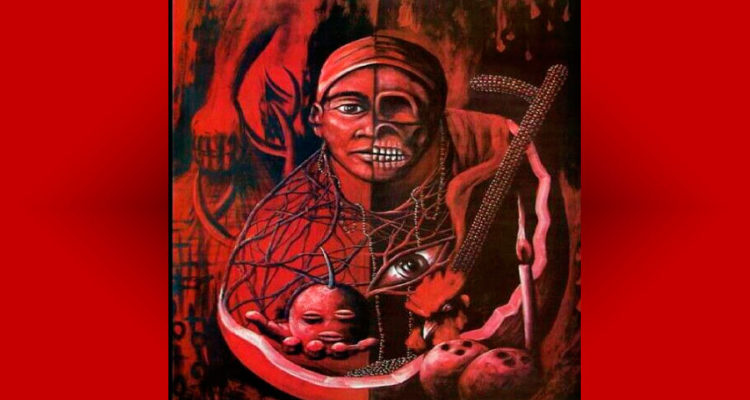 Deo sic per diabolum
The path to God is through the devil (or: God is the devil)

“Lukas was well aware that this was not the official position of their church. It would not be well received by the amateurs. You had to be one of the initiated in order to understand. But the amateurs were only there to be used, like the people now sitting in front of him in reverent silence. The initiated were the people who mattered.”

Papa legba, exu, eshu:
“The trickster archetype in most traditional cultures embodies a sacred role as a teacher. The trickster raises awareness of the interrelatedness and interconnectedness between humankind, the natural world, and the spirit world. No person is an island unto themselves; this is a fallacy. Exu humbles us through his trickery regarding this absolute truth.”